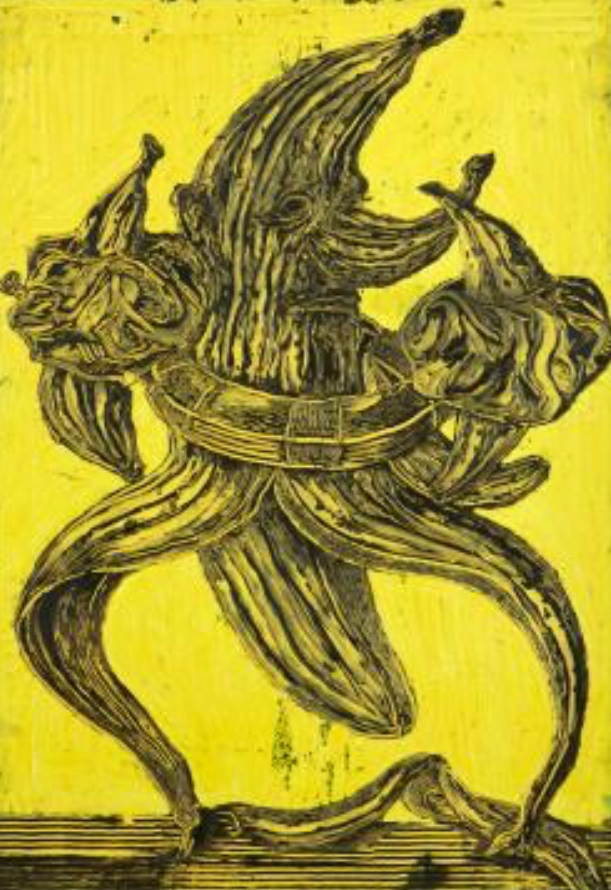 Steven Allan’s paintings look almost like woodcut prints, with a graphic and dramatic quality of line. Indeed, often centred around an uncanny “Banana Man” character, works such as Peely Wally have a distinctive black humor that can be traced back to the satirically charged work of 18th-century engravers. “Like Hogarth”, says Allan, “I am interested in the tragicomedy aspect of umanity. I want to depict real life situations but obscure and twist them around to both bend and underline their meanings … I don’t tend to dwell on why I paint this, or why I paint that, but if pushed for an answer I guess I identify in some way with these kind of ridiculous objects. I look at a banana in the fruit bowl, browning, overripe. It’s such a sad image to me – the last banana that no one has gotten round to eating – destined for the bin. I can say a lot about where your head’s at to be painting a version of yourself into such an object.”