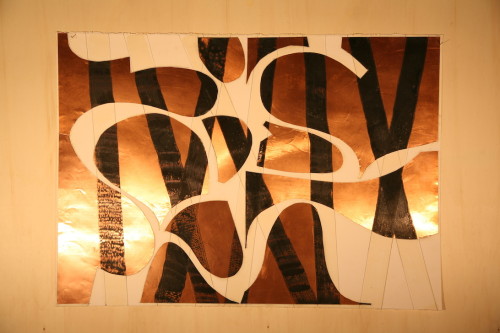 The personal experience of the artist is directly related to his artistic research. His extraordinary life combines art and life in a unique and extraordinary manner. Born in 1940 at Tonei in Manchuria, where his father workS as military doctor for the imperial troops. At the end of World War, when the Soviet Union attacks the Manchuria and all civilians Japanese residents in the area are forced to flee, Nagasawa’s family takes a very dangerous journey that will mark the fate of the artist and will inspire to him a large part of its production, through the theme of the boat and the travel. Nagasawa moved to Kawagoe in Japan, not far from Tokyo. He attends the “Architecture and Design” Tama Daigaku course of Tokyo, where he confers a degree on 1963. In the Fifties, thanks to a teacher, he knows the various avant-garde trends, the Gutaj group, and visits regularly the independent Yamiuri expositions. He starts his career as architect, even though he would like to dedicate himself exclusively to art. At twenty six years he realizes his dream; he get married and after six months, he departs from Japan with only five hundred dollars in his pocket. It’s a trip by bicycle, through many countries of the Asian continent, that takes a year and half. When he arrives in Turkey, is ready to go back, but listening on the radio Mozart’s music, he decides to continue his journey. From Greece he boards to Brindisi, then Naples, Rome, Florence, Genova and arrives in Milan on August 1967. The theft of his bicycle is a sign of destiny and Nagasawa decides to stay in Milan. He lives in Sesto S. Giovanni, a laborer district of Milan, where political turmoil that prepare the ’68, journey with the creativity of young artists such as Castellani, Fabio, Nigro and Trotta, with which Nagasawa embraces an intellectual and artistic association, that will remain solid for long time. In 1969 he opens his first exhibition at the Sincron Gallery of Brescia. The art production of this period is linked to conceptualism: verbal plays on metal plates, Lombardia countryside “actions” and videos. From 1972 he is interested in sculpture, producing art works using materials such as gold, marble and bronze. His plastic language acquires its own character, an originality that takes the strength from the merge of mythical and religious elements, derived from its original culture, the Orient, and from that one adopted in Europe. In the eighties, a change occurs, which leads the artist to create environments on the border between sculpture and architecture. The idea of the suspension becomes the core of his research with the concept of anti-gravitational art works. Starting in the nineties, becomes preponderant the garden, the natural element. The themes of the fence and the crossing are at the center of his poetic for creating “places”. He exhibits all over the world for important national and international events. He has participated in many editions of Biennal of Venice (1972, 1976, 1982, 1988, etc.), and on 1992, at the 9th edition of “Documenta” in Kassel. His art works are in many national and international public and private collections. Various are his permanent landscape installations. Today Nagasawa resides in Milan where he teaches sculpture at Nuova Accademia di Belle Arti.